Acing it in Los Angeles

The Ace Hotel in Downtown Los Angeles was recently included in Condé Nast's 2014 List as one of the five best new design hotels in the world. The hotel and restaurant are receiving rave reviews from press and patrons for their innovative design and service. The property sits approximately one mile south of the Downtown Los Angeles Civic Center, near the arts, fashion, and entertainment districts. Marx|Okubo is proud to have been a part of a restored chapter in the history of the city.

"This is a meshing of historic L.A. to new Downtown L.A., a direction we've been striving for in terms of a city vision," –LA City Councilmember José Huizar, champion of the Bringing Back Broadway initiative.

The United Artists theater and adjoining office building opened in late 1927, designed in the style of the Segovia Cathedral in Spain. In its heyday, the theater hosted Charlie Chaplin, Mary Pickford, and Douglas Fairbanks, who provided the building's financing, screened films, and held lavish events in their flagship movie house. The property is one of several surviving theaters in the Broadway Theater District, included on the National Register of Historic Places. It was the tallest privately-owned building in the city until 1956.

Our primary interface on the project was with GDS Development out of Chicago; GREC Studio led the architectural design team and Killefer Flammang served as Executive Architect. Commune Design provided interior design, Nabih Youssef Associates handled structural engineering, and Benchmark/Morley was a reliable and forthright General Contractor. The design team did an admirable job in bringing the structure into compliance with the requirements of the applicable building codes and the Los Angeles Adaptive Reuse Ordinance. Upgrades to the structure include poured-in-place concrete shear walls and moment frames, as well as epoxy/fiber reinforcing of columns and decking. New stairwells and an express elevator required new floor openings and strengthening. Added rooftop landscaping and pool area also required structural support.

It is a rare project that pleases so many interested parties: the LA Conservancy, the elite hotel crowd, and the City of Los Angeles. Marx|Okubo served the construction lender throughout this boutique hospitality renovation project. We are pleased to have been part of the resurgence of this southern district of Downtown Los Angeles. 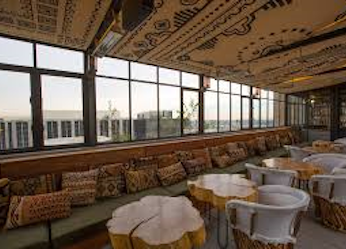 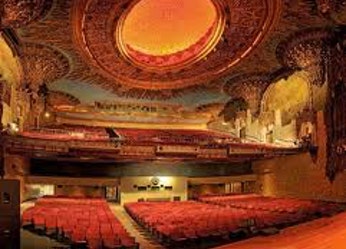 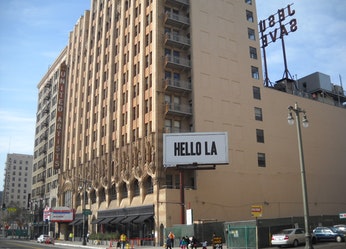