Our southeast division is growing! Marx|Okubo is pleased to announce the hiring of several new employees this year at our Atlanta office. From back to front, left to right:

Jack Cote joined Marx|Okubo as a Project Coordinator in May. He is a recent graduate of Auburn University with a major in Industrial and Systems Engineering and a minor in Business. Jack’s hobbies include fishing, golfing, and tennis.

Jon Acker joined Marx|Okubo as a Senior Project Coordinator in September. Jon graduated from Southern Polytechnic State University (now Kennesaw State University) with a degree in architecture, and he has over 13 years’ experience in the architectural industry. Jon enjoys the outdoors, running 5ks and marathons, and spending time with his wife and two children.

Erika Dunavant moved to Atlanta and joined Marx|Okubo as a Project Coordinator in July. She is a recent graduate of Auburn University with a major in Environmental Design. Erika has two dogs - Marlowe and Hazel, and she enjoys traveling, kayaking, and backpacking/camping.

Arie Bettsack is a registered architect in the State of Georgia. He earned a Bachelor of Science in Business Administration from Washington University in St. Louis and a Master of Architecture from the University of Miami. His career in architecture spans over 10 years. Arie enjoys riding his bike through Atlanta’s historic neighborhoods and hiking with his family in Georgia’s spectacular state parks.

David Arnold joined Marx|Okubo in October. He earned a Bachelor of Science in Mechanical Engineering from Wright State University, and has obtained his Professional Engineer license. He has spent the last several years at a consulting firm as a Mechanical Engineer. David enjoys Ohio State football, hunting, golfing, being outdoors, camping, kayaking, and throwing darts.

Welcome aboard! These new members of the Marx|Okubo team will be valuable additions to the Atlanta office professionals ready to tackle new challenges serving clients in Atlanta and across the country. 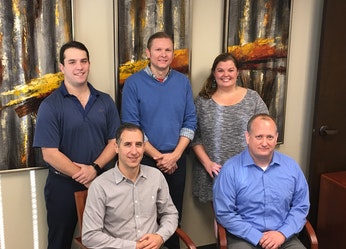