There are some very interesting post-pandemic shifts in the office space market. One significant trend to watch is the impact of niche industries like entertainment, technology, healthcare and biotech/life sciences.

The Los Angeles office market, much of Southern California, the Bay Area and Boston, for example, are leaning favorably toward these rising stars to offer what companies need in modern corporate real estate.

“Industries that rely heavily on collaboration, such as high tech, are showing openness to a more flexible work-from-home model, but also see this time as an opportunity to position themselves in the market, as they plan for a hybrid approach to the office” says Associate and PE Justina Jones in Marx|Okubo’s Orange County office.

Sandy Blair, Vice President and Regional Manager of Marx|Okubo, adds that companies are getting creative, too. “In specific locations like the Bay Area and the Northeast corridor we’re seeing increased interest in converting existing office buildings to biotech/life science-specific spaces and getting creative with the concept of ‘office’ altogether.”

To explore more coast to coast, let’s dig into office space trends in some of the hottest business markets in the country. Here’s what our built environment experts are preparing for in 2021 — and beyond.

Jones, who has her eye on all of California, suggests that the LA market is a niche within a niche. While overall the coastal city is catering to the rising stars we mentioned above, some sections of the sprawling city are emerging from the past year as clear winners.

The submarket of Burbank, for example, is looking even better now than it was heading into the pandemic. It’s most likely due to the recent acquisition of big-hitter Netflix, which is leasing a large swath of space in the upscale suburb. The momentum only builds on Burbank’s entertainment base, with huge studios like Disney and Warner Bros already anchored in the enclave.

But not all the office space is eaten up by these industry giants. There’s still a lot of availability, and according to recent reports the LA office market is forecast to be a tenant-favorable one for at least the next 18 to 24 months.

In the bustling Bay Area, a significant rise in office tours or showings — by a compelling 112% — is already hinting at a speedy recovery in the ever popular and pricey San Francisco market.

Office space availability is up by 50% in downtown New York. “It seems that in cities and regions most affected by COVID-19, office workers are the most reluctant to return, partly because for many the work-from-home model has worked well,” says Jones.

But that may change dramatically, even in the next six months. A recent survey from The Partnership for New York showed that while only about 10% of workers in Manhattan are back in the office, some 45% of workers plan to return by the end of the summer.

And they’ll need a place to commute to. But the new office environment may look very different in big cities and beyond. “As the vaccine rollout continues and indoor environments appear to be safer, the office will need to offer so much more than it did in 2019,” Jones says.

In the Capitol, the office space story isn’t quite as clear. While the market worsened in the first quarter of this year and remains a tenant’s market, signs of recovery are starting to emerge in this East Coast hub.

Reports from JLL, CBRE, Cushman & Wakefield, Newmark and Savills suggest open sublease spaces may have peaked in Q4, and brokers are seeing an uptick in office tour requests as the vaccine rollout provides new confidence.

Those in the know are betting on Northern Virginia as the best-positioned regional market going forward because of its diverse mix of industries, as well as general optimism around hot tech companies driving increased demand for office space. Additionally, giants like Amazon, Microsoft and Google who are already present in the area may only grow their local footprints.

Clearly the East and West coasts remain magnets for top talent. And while many of those white-collar workers will be allowed to work from home, it remains to be seen whether they’ll want to when American businesses get the post-pandemic “all clear.” Stay tuned to see how the future of office space continues to unfold. 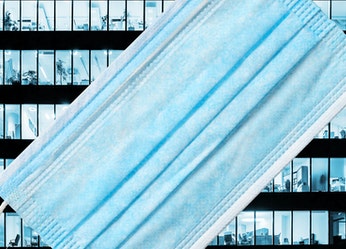 How will HUD's new FHA safe harbors impact you?