The future of architecture is built for bicycles

There’s no doubt that bike culture is revolutionizing American cities. In fact, between 2000 and 2009, bike use in the top 55 U.S. cities rose by 70 percent. It’s a trend that’s not expected to wane any time soon. Bicycles are a key component of a new transportation paradigm. We’re already seeing civic programs catering to bicycling, including transit integration, bike lanes, car-free zones, bike sharing and bike service stations with water, air, tools, etc.

While international cities like Amsterdam and Copenhagen are historically considered among the best in the world at promoting bike transportation, the U.S. is gaining traction in progressively bike-friendly towns like Portland, Philadelphia, Tucson and Austin.

But it’s not just local bike advocates, non-profits and governments doing the work. Industries of all types, including engineering and architecture, are beginning to adapt to a new biking culture. In many cases, bike commuting and parking amenities are now baked right into urban and building design to serve the changing community at large.

And why not? Biking just makes sense in crowded urban centers, where owning a car is no longer considered a luxury, but often a burden. It’s a struggle to find parking in older reuse buildings. Bike commuting can ease both parking and traffic congestion in cities where density is increasing as more people move into the cities to work—and live.

Biking also reduces overhead for residents who are hard pressed to pay for the ever-rising cost of living, and no one can dispute the physical and mental-health benefits of biking outside. As bikes are virtually pollution free, pedaling instead of driving a car is also better for the environment.

Building for bikes is also good for business. Bike-friendly designs can create a competitive advantage for new projects in the queue. Amenities like bike-support features make a property more attractive to a certain demographic—younger, healthier people see this as an advantage. Some cities also allow trade-offs for the inclusion of bikes: a project accommodating bicycles might get approved faster or be green-lighted because its bike spots reduce expensive auto parking counts.

In integrated design, convenience is a key component. Engineers and designers are continuing to explore which exterior and interior features will best accommodate all the needs of bikers. Here are just some of the elements they must consider:

Interested in learning more about how bikes belong in modern architecture and design? Check out the Bike House in Malmo, Sweden; 8 house in Copenhagen, Denmark; and Union Station Bicycle Transit Center in Washington, D.C. Feeling inspired? Let us know how Marx|Okubo can help you evaluate, plan and execute your next bike-friendly real estate project. 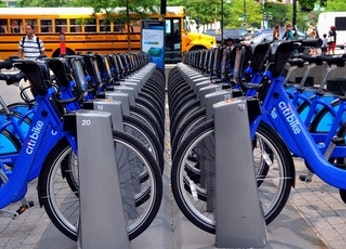 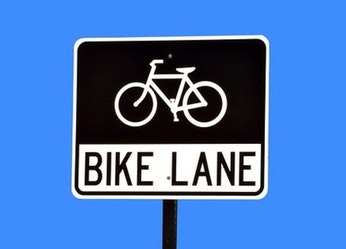 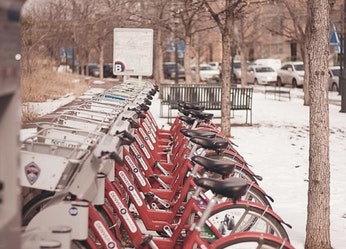