The war of amenities in multifamily housing

In Los Angeles County, there are currently 18,570 multifamily units under construction, 45,898 units planned, and an additional 30,090 units proposed. This may seem like a glut of new housing entering the market, but Southern California, like many areas around the country, is still in the midst of a severe housing shortage with just one apartment unit being constructed for every 2.52 new residents.

This lack of inventory has resulted in soaring housing costs with the average monthly rent reaching $1,920 for a one-bedroom unit and $2,700 for a two-bedroom, per statistics reported in a recent issue of LA Weekly. Of course, these figures represent average rates; some of the most desirable neighborhoods, such as Venice, Brentwood, or Pacific Palisades, can easily command monthly rents of up to $5,700 for a two-bedroom unit.

With housing costs at an all-time high, who is the target audience for new rentals in the SoCal market? Based on the locations where construction activity has been strongest—Downtown Los Angeles (7,039 units), Playa Vista (2,002 units), and Glendale (1,790 units) in 2016—the target demographic appears to be young professionals in the entertainment and high-tech industry.

The impact of the entertainment industry is well documented and accounts for 17.6 percent of the total wages in LA. What might be more surprising is a recent report by the Los Angeles Economic Development Council, which revealed that LA has more high-tech jobs than any other metro area in the U.S. Companies like Space X, Snapchat, Google, and Facebook account for about 17% of the total wages in LA. The average age of employees at these tech giants? About 29 years old.

In exchange for paying top dollar, today’s working-class urbanites are expecting a lot more than they have in the past. The competition to attract renters is fierce. One local multi-family developer famously called it a “war of amenities” in the multi-family market.

Gone are the days when a modest exercise room and pool were enough. Now developers must provide residents with sophisticated charging stations, bike repair rooms, pet spas, and dog parks, as well as open-air lounges that double as night clubs and bars where residents can mingle with like-minded professionals in the evenings.

To be fair, exercise rooms and pools are still alive and well, but they’ve been rebranded as “fitness centers,” rivaling the most expensive stand-alone health clubs. Onsite lifestyle pools are surrounded by cabanas, fire pits, and barbeque grills. Clearly the bar, literally and figuratively, has been raised.

As architects and engineers with a keen interest in the built environment, we relish the opportunity to learn from these emerging trends. Not only do they affect technical execution in construction, but provide valuable social commentary on our rapidly evolving demographic.

The developers and financiers behind many of these apartments are our clients, and that means Marx|Okubo gets the unique perspective of seeing these new amenities in their infancy as interesting ideas on paper, up to the point where they are constructed and ultimately introduced into the market. To ensure the highest possibility of success, we review the suitability of materials, weatherproofing, disabled-accessibility requirements, and other factors in each of the amenity spaces provided for our multifamily projects.

Our role in the design and construction industry of Southern California, along with the seven major metropolitan areas in which we have offices, grants us the privilege to see the whole process unfold first-hand at both a regional and national level. We’re invested in what the future holds. 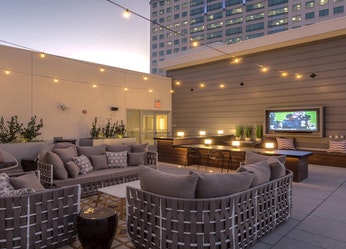 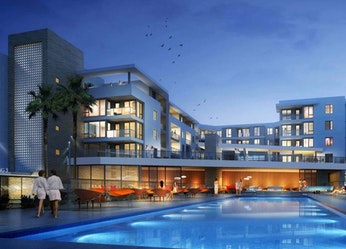 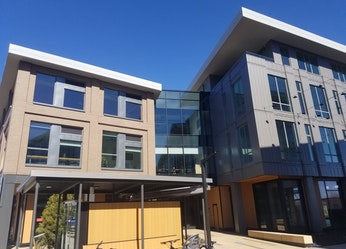 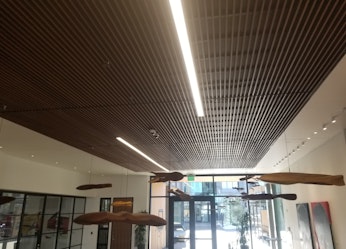