Ask anyone involved in developing or building a construction project these days, and most likely they will tell you that one of their biggest challenges is staying in budget. In many cases, the costs are simply higher than developers and investors expected or planned for.

Budget issues are widespread—and they are slowing or threatening the viability of construction projects across the United States. While financial pressures are seemingly the new norm, a self-inflicted budgeting mistake will only add insult to injury. But with a little foresight, patience, and diligence, problems such as these can be avoided.

Post-recession construction costs have been steadily rising nationwide, but in the last two years this increase has accelerated. Some otherwise-smart owners have been caught off-guard by this shift, whether it is bad planning, a lack of team resources or unwisely neglecting important pricing exercises, and this can leave owners in undesirable places.

1/ Not anticipating cost increases (when they are actually normal)

You’d probably be hard-pressed to find anything that hasn’t gone up in price in the last two, three, five years. Everything gets more expensive; it is a fact of life. Building costs are no exception—to some degree increases are inevitable and can be reasonably forecast. Raw materials costs have increased. Building codes get tougher. And there is tremendous competition for competent subcontractors. Also, current immigration policy and remnants of the past recession have made skilled labor an increasingly rare and valuable commodity.

Often developers assume they know accurate costs, perhaps because they have recently completed a similar project and feel that they can budget based on that historic information. In some cases, this leads to a false sense of project viability that is only revealed when a contractor begins to put pencil to paper to develop a pricing plan.

2/ Putting the cart before the horse

One of the side effects of rising cost pressures is a desire to get a contractor on board and "locked in" before they move their team to another funded-and-ready project. This haste can lead to a case of cart-before-horse syndrome with dire consequences. Recently, we at Marx|Okubo have seen projects where the developer has signed a contract with a general contractor to seemingly stay ahead and lock in a critical member of the team, but without getting a solid understanding of costs. For example, in one particular case, an owner (against the best counsel of knowledgeable team members) signed an agreement for construction with a guaranteed maximum price (GMP) amount based on outdated drawings and a three-year-old conceptual budget. Unfortunately, doing anything like this only serves to discourage the general contractor while making negotiations on the final GMP tougher. When costs land significantly above budget, the last thing you want to do is wonder whether your builder is sufficiently motivated to push their valuable subcontractors to get their best and final numbers.

3/ Not investing in proper budget checks

Another surefire failure is to avoid spending any money on budget checks by quality surveyors, construction consultants or other professionals at appropriate points. While the ultimate budget test is a general contractor’s pricing exercise, assembling and relying on the right outside team can give an owner much more confidence that the numbers will be accurate and on budget. Careful study by consultants may not be cheap, but in the big scheme of things (and certainly compared to the overall project budget) it can truly be a drop in the bucket. And conversely, not taking these proactive steps can result in much more financial damage. This exercise can yield valuable information that can keep everyone focused and honest as well as allow a developer to avoid expensive delays and painful project redesigns if things get derailed.

Another example of a budget fail is to award some of the subcontracts while simultaneously trying to dramatically cut the rest of the budget. Sometimes it is necessary to award early critical-path items (such as earthwork, structural steel, concrete or reinforcing bars) to meet schedule—though if it can be avoided, holding off on awarding any subcontracts may retain the owner’s leverage. This will send a message that a GMP above budget threatens the whole project's viability. Until the full cost picture is in focus, the owner should attempt to retain as much leverage over the subcontractors and general contractor on the job. And what’s even better? Keeping solid, long-term relationships. An owner who conveys that he/she is not afraid to slow a project or select a new general contractor can keep a builder motivated to secure the best pricing and, ultimately, be a true partner in the budget process.

What smart developers and owners do to avoid these pitfalls

Wise developers and building owners are covering themselves by anticipating that costs may be a little higher—even when their builders have told them before a construction contract is signed. They are also understanding that in today's dynamic pricing environment, going the extra mile to get as accurate information as possible will help them avoid unnecessary delays and associated cost spikes. Budgets are, among other things, a forecast of what’s necessary for planning and funding. Sticking your head in the sand and avoiding reality is rarely a recommended path to project (or, any) success. 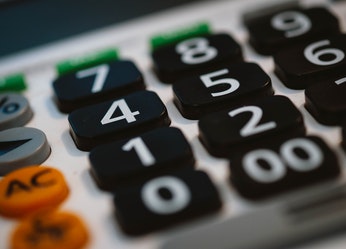 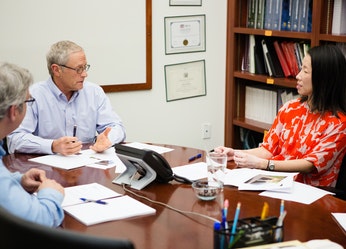